Cruising through Stoke-on-Trent & The Potteries 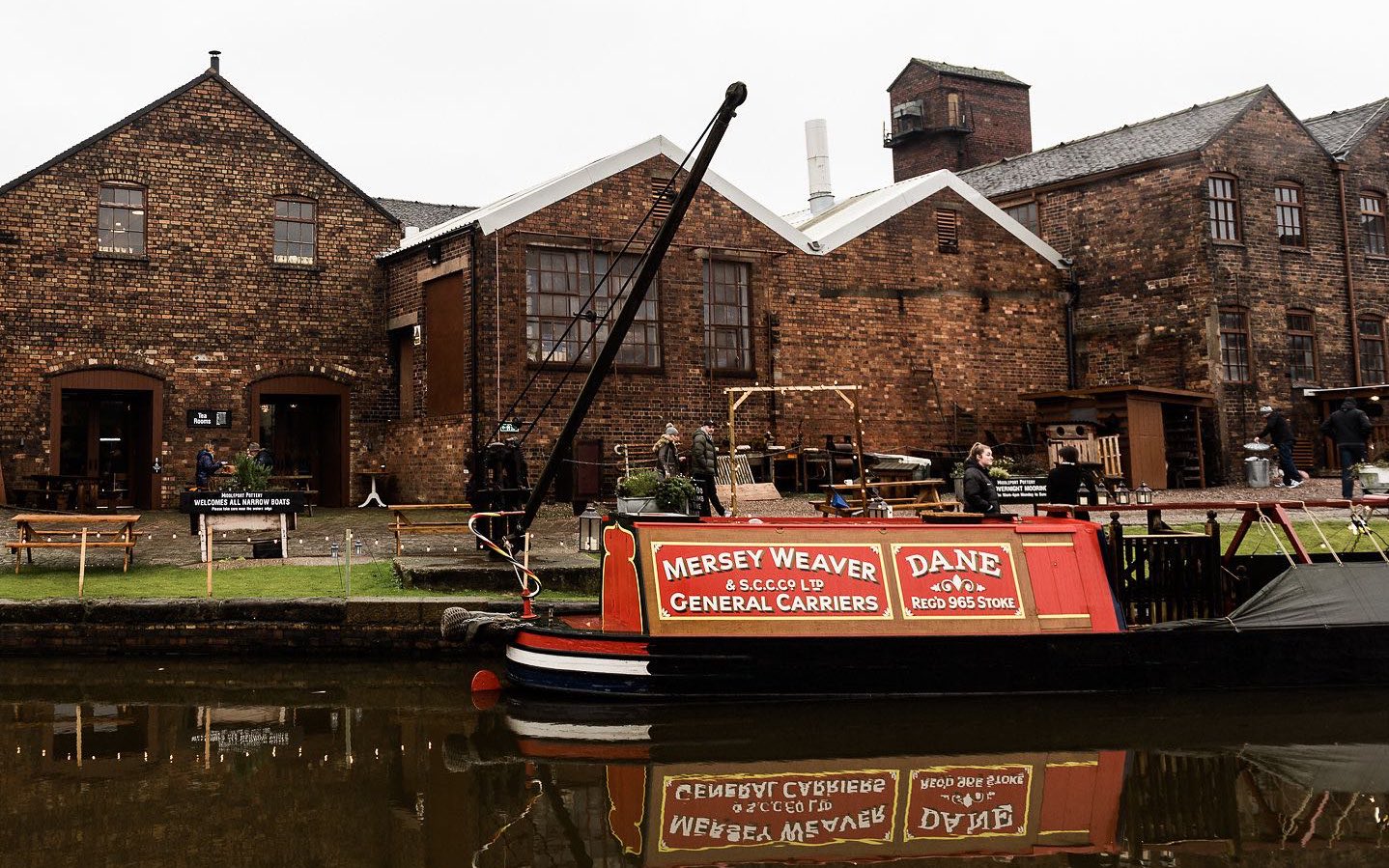 For those inspired by Shelia Hancock and Gyles Brandreth’s TV travels on Great Canal Journeys, Stoke-on-Trent offers plenty of ways to enjoy a calming canal cruise through the heart of the world-famous Potteries.

More4’s hit TV show about sailing Britain’s canals saw the two presenters taking the helm for the 12th series, which featured a whole host of attractions and canal delights through Staffordshire’s ceramics capital.

And anyone tempted to follow in the wake of the celebrity cruise to Stoke-on-Trent, can take to the water by hiring their own narrow boat… or for the more energetic, pick up a paddle to tackle a 20-mile heritage canoe trail.

Back for a new series, Great Canal Journeys saw Sheila and Gyles embark on a two-part special, touring Staffordshire’s waterways and navigating the Caldon, and the Trent and Mersey Canals.

As well as exploring the picturesque waterways, the TV stars – who recently took over as presenters from Prunella Scales and Tim West – followed the route of boats that served the Staffordshire ceramics industry, bringing in raw materials and transporting finished products.

Discovering more about the history of the Potteries, known as the world capital of ceramics, including Stoke-based Wedgwood, the pair also got some hands-on experience too.

They tried their hand at ceramics at the award-winning Middleport Pottery, stopped off at famed ceramicist Clarice Cliff’s home and enjoyed a spot of hand-painting with well-known local artist, Emma Bailey.

For Giles, the trip also gave him the chance to pay tribute to one of his greatest heroes, Potteries-born author Arnold Bennett, best known for his highly detailed novels of the ‘Five Towns’, The Potteries of Stoke-on-Trent.

Plus they also enjoyed a cup of tea – in Wedgwood fine bona china cups, of course.

For a short break or a day trip, Stoke-on-Trent’s canals, which are also popular for waterside walks and cycle rides, are home to narrowboat hire companies, including Black Prince Holidays, which has a popular starting point at the re-developed National Garden Festival site.

While Stoke-on-Trent’s Heritage Canoe Trail, for paddlers of any ability, is a historically rich section of waterway with special route markers along the 20-mile canal-based route from Stoke-on-Trent to Froghall in the Staffordshire Moorlands (http://bit.ly/3czui8e).

Among the many attractions near to the canal network are the World of Wedgwood (www.worldofwedgwood.com) and Middleport Pottery (http://bit.ly/31tnaEt), as well as The Trentham Estate (www.trentham.co.uk).

Discover more about canal attractions and cruising with this Visit Stoke guide, http://bit.ly/3bSKCSq

For more information on Stoke-on-Trent as a destination see www.visitstoke.co.uk