New kid on the old block 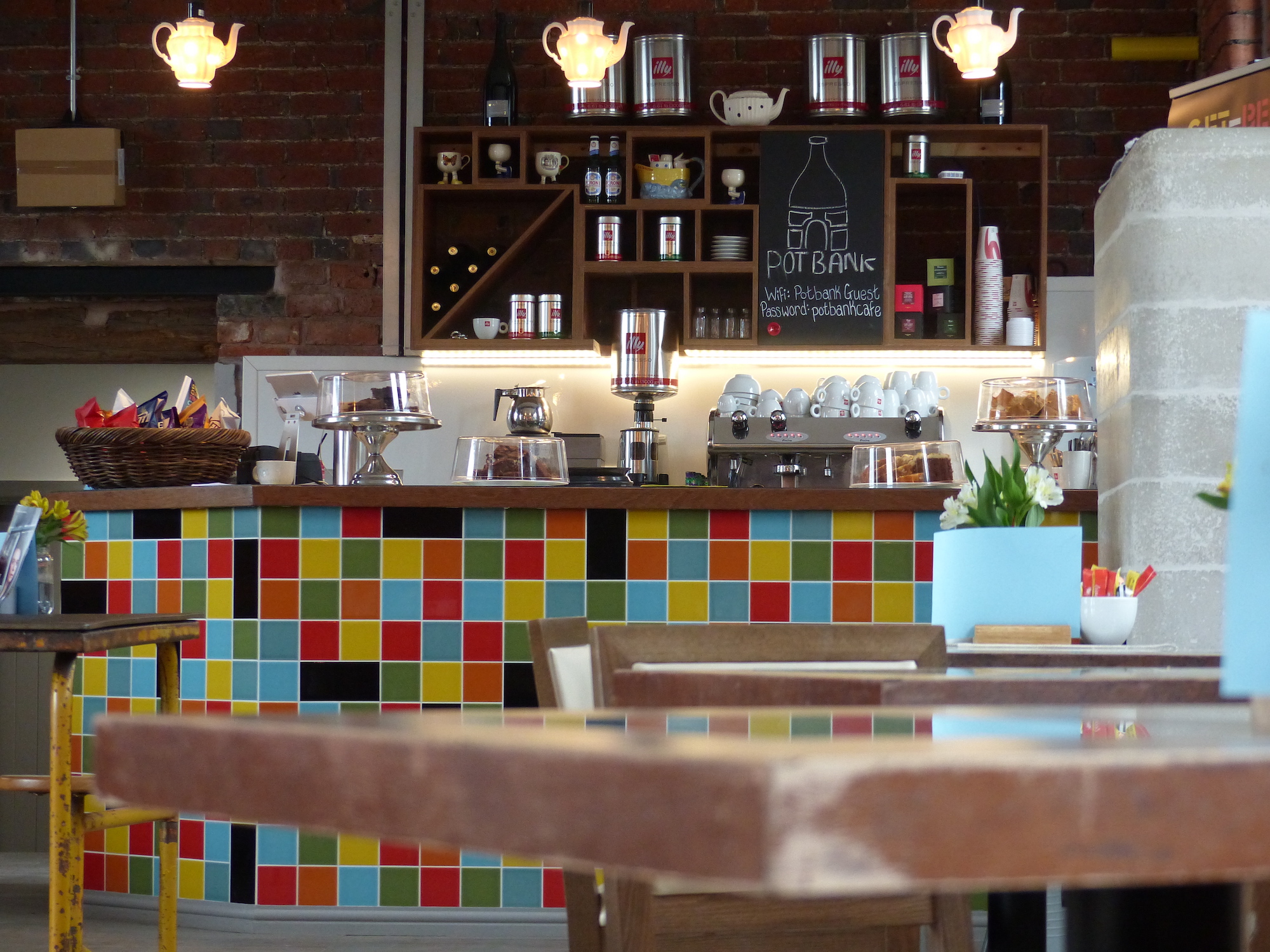 It’s been five years in the making, but a collection of former factory buildings on the Old Spode Works, in Stoke-on-Trent, has almost reached the point where visitors can eat, drink, meet, be entertained, and stay in style.

Best-known until now for the blue willow patterned cups and saucers that were once manufactured on this site, some of the 19th century buildings at the Old Spode Works have taken on a new lease of life – with a 26-bedroom hotel at its heart, alongside a new café, events space, and with further plans in the pipeline.

Described, in one breath, as a mid-range aparthotel, The Hotel @ Potbank will nevertheless cater to a wide range of guests, including medium-stay visitors to The Potteries – either as tourists, participants in courses at Spode, or in wedding parties.

Stripped back to its original red brick factory interior, the main fabric of the hotel is the site’s rich industrial past.  Lighting, fittings and décor all reflect this; although the walls will be decorated with original work by artists now working elsewhere at the Old Spode Works, and – in some of the event spaces – whitewashed walls will be “colour blasted” by state-of-the-art Phillips lighting.

Owned and operated by the same team which took on a previously dilapidated motel nearby, and transformed it into the Lymedale Suites Aparthotel, The Hotel @ Potbank and its event spaces have been renovated to a high standard, and stand next to the Potbank Café where locals and visitors alike already gather to enjoy their flat whites, frappe lattes and homemade cakes.

The Café also has a large covered outside area, converted from a former pottery loading bay, which has been redesigned to be used as a stage for occasional live events in front of an audience of several hundred people in a festival setting.

For Stoke-on-Trent, it’s the shape of things to come, as the city bid to become the 2021 City of Culture.

For the Old Spode works, it’s the latest addition to a series of historic buildings, where The Spode Museum Trust Heritage Centre was the first to open on site, and where TV star and top potter Keith Brymer Jones will base his new famous-name ceramics firm in a part of the former pottery works.  Other buildings on the site now also house artists’ studios.

While the Old Spode Works has already hosted a major part of the 2017 British Ceramics Biennial, the events space at The Potbank opened in (truly) dramatic fashion – lending itself as the backdrop for a new play, “Dirty Laundry”, written by former Coronation Street actress Deborah McAndrew.

The new hotel and wedding venue is expected to be fully operational by March, 2018; and prices will be announced soon.

The new kid on the old block is being warmly welcome by VisitStoke, which promotes Stoke-on-Trent & The Potteries to both national and international visitors.