Help create a Thank You poppy ‘field’ at Trentham 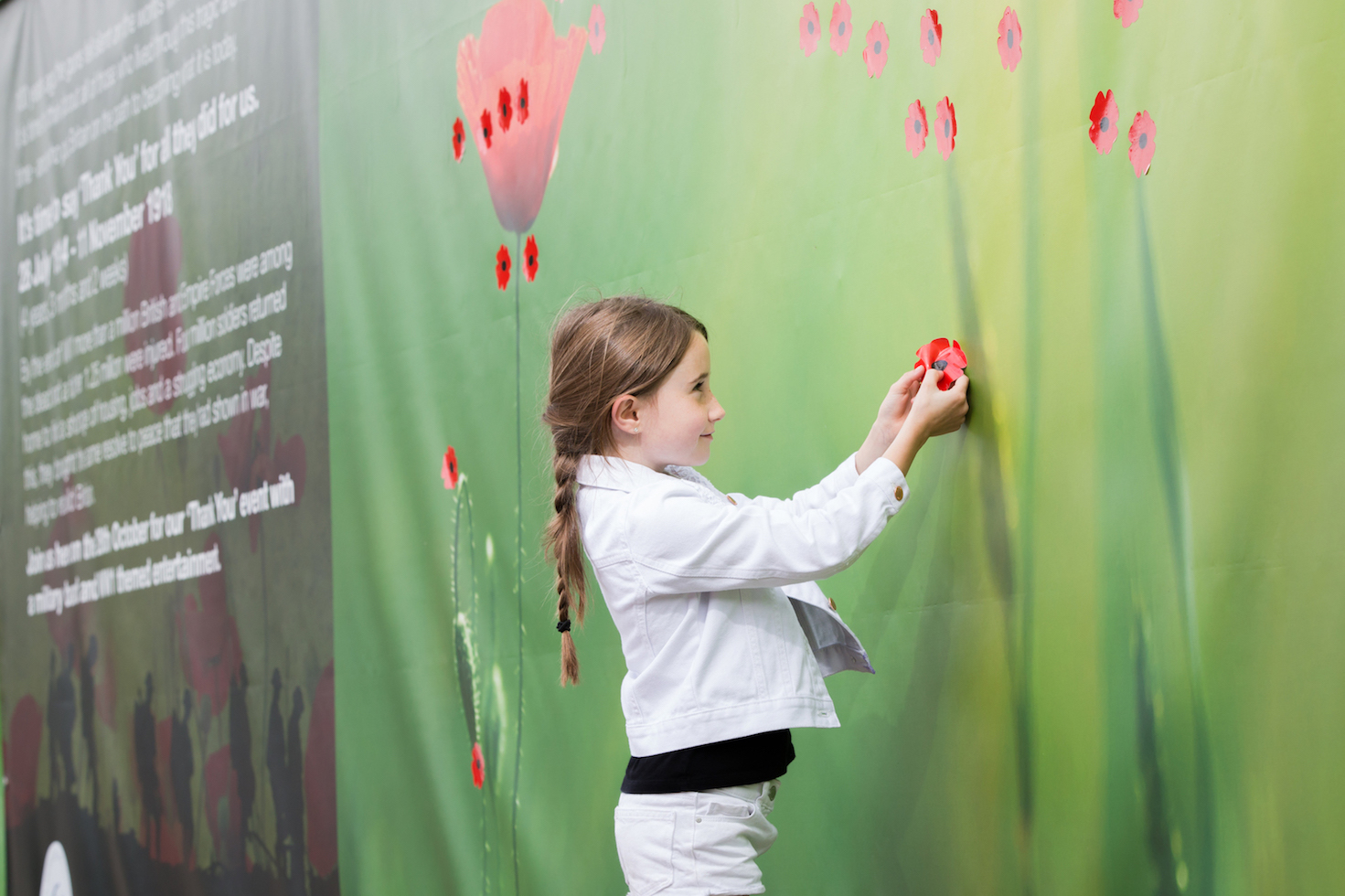 Visitors to The Trentham Estate are being offered the chance to commemorate the end of the First World War and say ‘Thank You’ to all who served and sacrificed – by turning a green ‘field’ red with poppies at the popular Shopping Village.

Joining the Royal British Legion’s ‘Thank You’ initiative commemorating 100 years since the guns fell silent on the world’s first truly global war, Trentham aims to raise money for the Legion’s Poppy Appeal 2018 with an innovative and evocative campaign.

A hoarding at the end of the Shopping Village extension at the Estate, on the edge of Stoke-on-Trent, in Staffordshire, has been transformed into a striking ‘Thank You’ Wall showing a sunlit green field and a lone poppy.

From this week, visitors can help turn the green field red by buying special poppy stickers and placing them on the Remembrance Wall.

By the end of October it is hoped the green ‘field’ will have become completely red, with each poppy representing a personal ‘Thank You’ from shoppers and visitors to all those who ‘served, sacrificed and changed our world’.

Stickers are available at £3 each from the Shopping Village’s nostalgic gift shop ‘Got 2 Have One’, which is producing memorabilia for the Royal British Legion.

The shop will also have a wartime themed window, including a make shift trench with sandbags, to promote the campaign, while all the sticker sale proceeds will go to the Royal British Legion Poppy Appeal 2018.

Said Sammy Holman, managing director of ‘Got 2 Have One’: It’s important that as a nation we thank the First World War community. The 100thanniversary of the ending of the war is something that is so important to me personally, as an ex-solider, but also to so many other families. We owe so much to the people who have now passed. In my shop ‘Got 2 Have One’ we will dress the store with wartime features and our aim is to sell as many poppies as possible to cover the Remembrance Wallin bright red poppy stickers.”

The poppies are now available and on sale.

Marking 100 years since the end of the Great War, the ‘Thank You’ event – being staged across the Shopping Village from 11am to 4pm – will also feature the Royal British Legion and a hoped-for historic aircraft fly-past.

For more details about the campaign, visit www.trentham.co.uk.