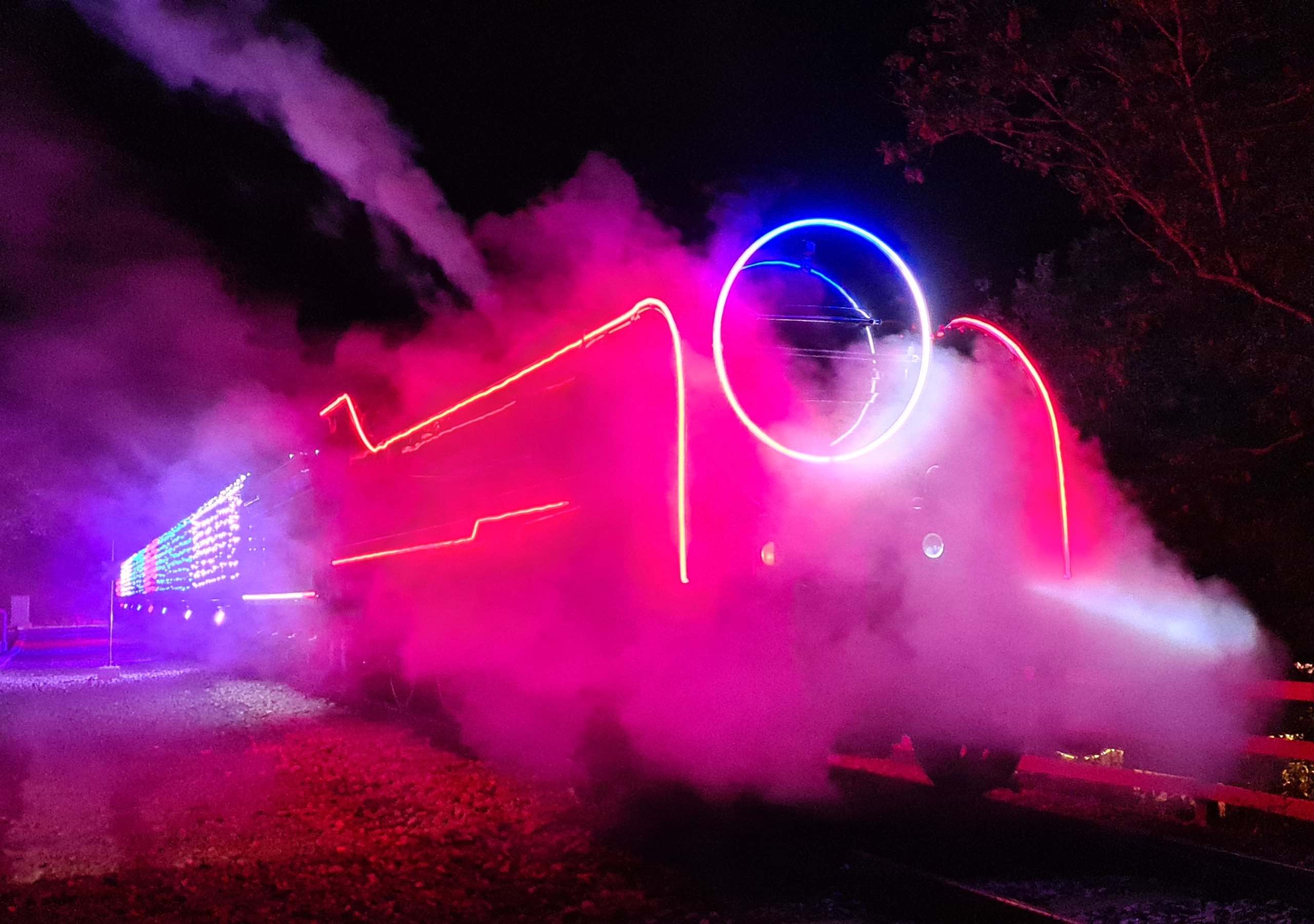 Winter is set to light up in Hampshire once more when a spectacular steam train experience featuring a train covered in thousands of LEDs makes a welcome return – promising even more sparkle for 2021.

Last year’s inaugural event – described as a ‘world first’ – was a sell-out success following the easing of restrictions.

Now, heritage railway the Watercress Line’s digital LED passenger steam train is set to return to the tracks from 26 November into January 2022.

With thousands of fully controllable colour mixing LED lights, creating an incredible light show on the steam train, this year’s dazzling display will shine even brighter with extra seasonal sparkle.

New for 2021, will be a giant tree of lights and snowfall over the railway’s famous bridge, which featured in the Harry Potter movies.

Helping to create a kaleidoscope of colour in the train, as well as on it, every passenger will also get LED wristbands, included in the price of the ticket, to wear on the train and take home afterwards.

Popular and traditional music will play along with the lights as part of the Christmas experience and passengers will have a chance to see the outside of the train at the start, middle and end of their journey.

Known as the Watercress Line thanks to its history of transporting watercress to the UK’s fresh produce markets during the industry’s heyday in Victorian times, the Mid Hants Railway is one of the country’s most successful heritage railways.

Steam Train Illuminations will start on 26 November and run on various dates up to 2 January 2022, with trains departing from either Alresford or Alton on a round trip through picturesque Hampshire countryside, before steaming back to the starting station.

The train journey will take around one hour and 45 minutes, and tickets are now on sale with a table for two £48, for up to four, £96, and a compartment for up to six people, £150. Early booking is advised.

For those looking for even more of a festive treat, passengers can also tuck into a High Tea whilst enjoying the lights on the journey at £9.50 per adult, and £4.50 child.

On the menu for adults are turkey and cranberry roll, cheese and biscuits, mince pie, satsuma and a bottle of still water, while children can enjoy a ham and cheese roll, gingerbread, dried fruit pack, satsuma, candy cane and an apple juice drink.

For more details and to book, visit https://watercressline.co.uk/steam-illuminations/

All tourist information for Hampshire can be found at www.visit-hampshire.co.uk