‘Dancing with Dandelions’, takes her turn at Trentham Gardens 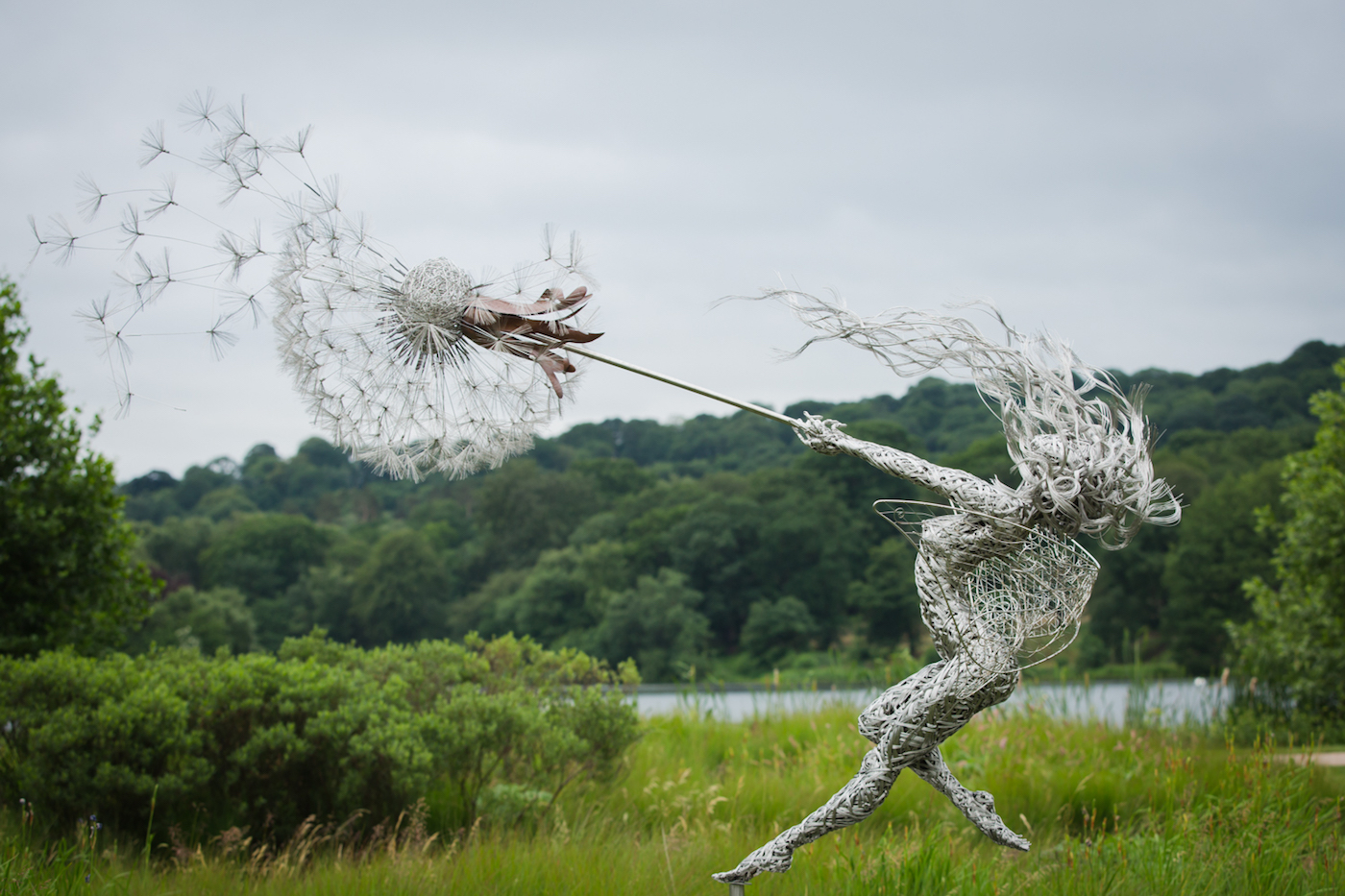 Visitors to the award-winning Trentham Gardens in Staffordshire have been surprised to discover a newcomer to the perennially popular Fairy Trail…one which could quickly prove to be amongst the most popular to land here so far.

‘Dancing with Dandelions’ has dropped into the Rivers of Grass gardens created by Chelsea gold medal winner Piet Oudolf, where she will (literally) be taking her turn in the trail for the duration of the summer season.

She can be spotted, rotating in the wind; and, as the grasses grow slightly longer during the coming weeks and months, she will gradually appear to be magically hovering above Oudolf’s gently swaying planting scheme.

Regular visitors may recall a fleeting appearance by Anahi in the gardens a couple of years ago but, since then, the number of fairies included in the trail has remained at 15.  The arrival of ‘Dancing with Dandelions’, however, has already caused quite a stir with fresh sightings of the new ‘fairy at the bottom of the garden’ quickly making it onto most social media channels.

In common with ‘Wishes’, who arrived during celebrations marking the 10thanniversary of the reopening of The Trentham Estate to the public, ‘Dancing with Dandelions’ is life-sized, and weighs 80kilos.  Before arriving at Trentham, she was previously seen at RHS Chatsworth Show, and is another Fantasywire UK creation – designed and made by Robin Wight, who has allowed her to visit her fairy friends during the summer months.

“It’s probably worth saying that ‘Dancing with Dandelions’ is already the most popular fairy of all time,” says Robin Wight.  “Ever since we first went viral, following the photo taken at Trentham of ‘Wishes’, I get thousands of requests – and now 99% want Dancing with Dandelions.  Despite the level of love for her, she’s never been seen in public before, with the exception of RHS Chatsworth, so this is a chance to see her in the flesh (so-to-speak) for the first time”.

First introduced in 2012, the Trentham Fairy Trail has expanded over the years, and has delighted visitors of all ages – from young families who go in search of 15 beautifully crafted fairies, through to adults and keen photographers who are able to admire the skill of Robin Wight.

The clear message to all visitors is “see her while you can” (and share your photographs using the hashtag #TrenthamGardens #TrenthamFairies).  In the meantime, a brief video of ‘Dancing with Dandelions’ can be seen here https://youtu.be/FltF9ytkHiA.

The Trentham Fairy Trail has more recently been joined in the gardens by David Meredith’s ‘Nature in Bronze’ installation of wildlife sculptures, which has also boosted the Staffordshire estate’s reputation as an open-air art gallery.

Among the growing number of artworks which complement the natural beauty of the Estate isa statue of Perseus, which enjoyed a starring role at the Royal Academy of Art’s exhibition entitled “Bronze” in London in 2012.