Celebrating “the cradle of cricket” in Cricket Cup year 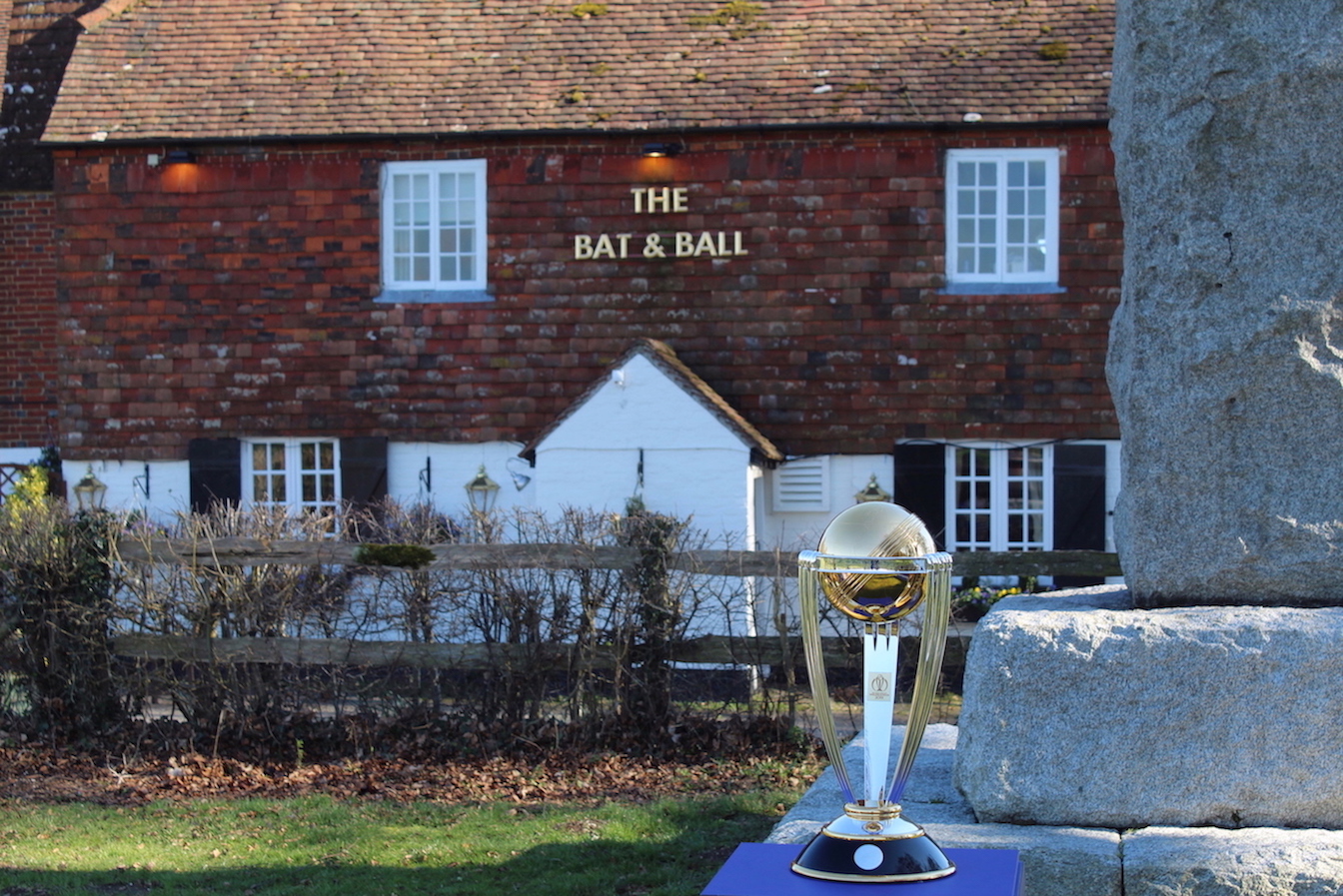 The 2019 ICC Cricket World Cup will be staged in the UK between May 30 and July 14, with Hampshire – known worldwide as “the cradle of cricket” – hosting several matches.

Trying to unravel the origins of cricket is one of life’s great mysteries, but many of the answers can be found in Hampshire…thanks to Hambledon Cricket Club.

Founded in the 1750s it became one of England’s most powerful and foremost cricket clubs, and was instrumental in helping to develop many of the early rules of the game before the cricketing world’s focus switched to Lord’s at the end of the 18thcentury.

Matches were played on Broadhalfpenny Down, with The Bat and Ball pub becoming its clubhouse, a fascinating story revealed today in historic memorabilia adorning the walls of the pub, which draws cricket fans from across the world.

Plenty of other cricket clubs were already in existence, but it was Hambledon that captured the headlines and the imagination of the public during the 18thcentury.  While the sport itself may have predated the Hampshire club and ground by at least two centuries, Hambledon’s standing in the sport was such, that it could even influence, and change, the laws of the game.

Hambledon continued to use Broadhalfpenny Down until 1781; and at around that time one of the club’s rich patrons, the Earl of Winchilsea, commissioned Thomas Lord to find and build a new ground which subsequently became the Marylebone Cricket Club, the MCC.

Today, visitors to Broadhalfpenny Down will find a monument to the famous Hambledon Club…and can still pop into the Bat & Ball Inn for a pint of ale; and stay at the nearby Thomas Lord Inn, in West Meon (https://www.thethomaslord.co.uk).

For further details about the Cradle of Cricket, and cricket themed creaks in the county, visit https://www.visit-hampshire.co.uk/cricket.

All tourist information for Hampshire can be found at http://www.visit-hampshire.co.uk.