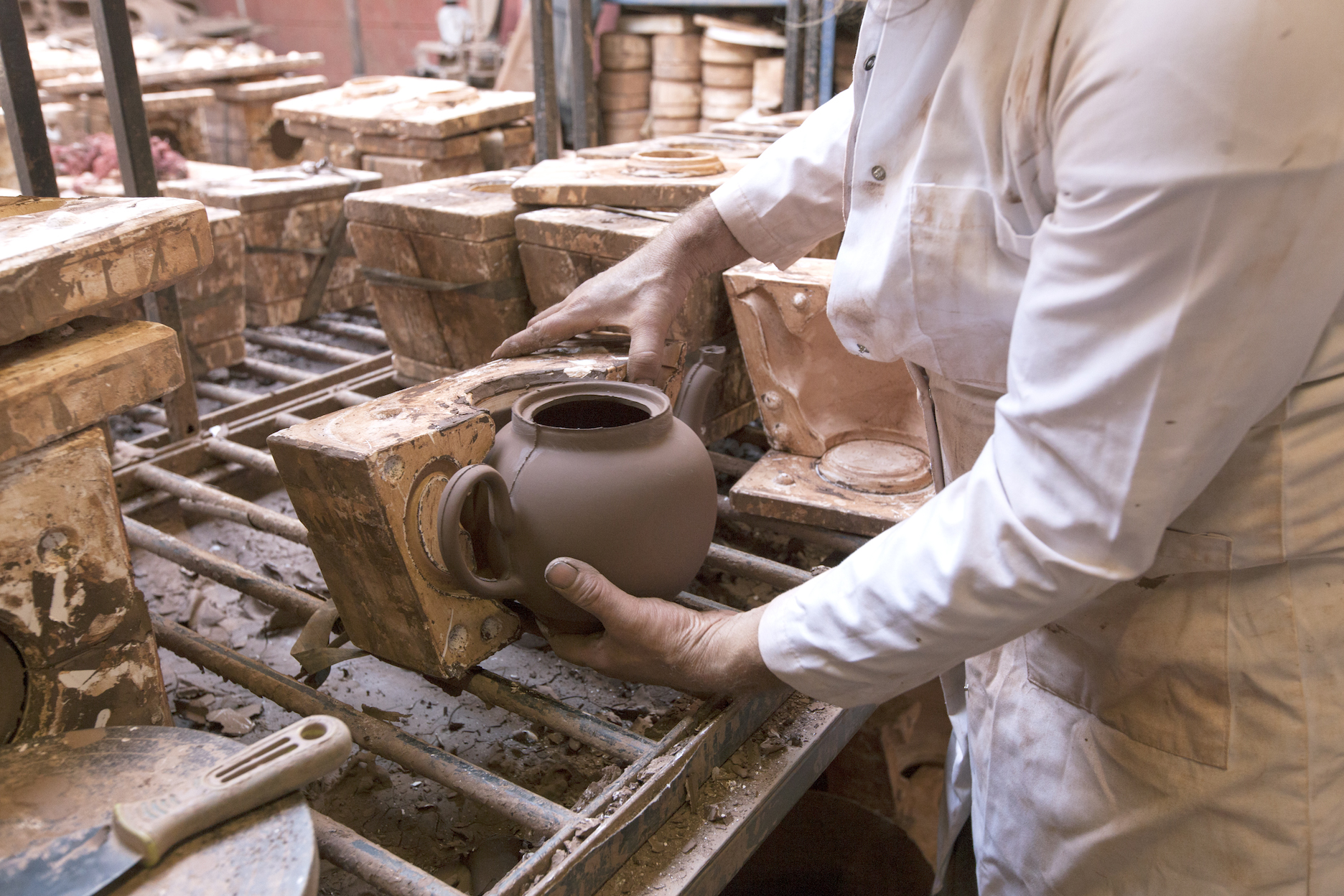 The 5th edition of the British Ceramics Biennial (BCB) will be staged in Stoke-on-Trent this Autumn, from September 23 to November 5

This six week international ceramics festival in the world capital of ceramics will fill the city with exhibitions, installations, new commissions and hands-on activities that will not only showcase the creative potential of clay, but also highlight the resurgence of contemporary ceramics.

This year’s event will also include a “reimagining” of the iconic Brown Betty teapot.

The former Spode Factory in the heart of Stoke will form the main hub of the festival, with the cultural quarter of Hanley forming a second hub across venues including the Potteries Museum and Art Gallery, AirSpace Gallery, Bethesda Chapel and Stoke-on-Trent Central Library.

The festival programme will also link with some of the city’s best-known names, including Emma Bridgewater, Burleigh at Middleport Pottery, World of Wedgwood and Johnson Tiles. The 2017 BCB programme, meanwhile, has been launched to coincide with Stoke-on-Trent’s bid for UK City of Culture 2021.

This year’s festival is as ambitious as ever with over 100 artists involved in exhibitions and events taking place across the city.

BCB’s flagship exhibition AWARD will take centre stage in Spode’s China Hall with a presentation of new work by the ten artists competing for the £5000 prize, which for the first time is sponsored by Johnson Tiles. From large-scale installations to intimate displays, the work will exemplify the abiding interest in clay as a medium for making and exploring ideas.

But it is the “reimagining” of the iconic Brown Betty teapot by Ian McIntyre which might be one of the real headline-grabbers at this year’s BCB.

Set to be launched with an exhibition of an exclusive limited edition (which will also be available for sale through BCB), it will tell the story of an object designed and refined through a process of making spanning 300 years. Once made in its millions, it is still produced in Stoke from the original Etruria Marl red clay – the bed rock of the city – and glazed with the instantly recognisable Rockingham dark treacle glaze. Although part of the remarkable story of The Potteries, the Brown Betty tea pot languishes in obscurity and struggles to be valued in a design-conscious marketplace. Pioneering a model of artist into industry Ian McIntyre has collaborated with Cauldon Ceramics, producers of the Brown Betty, to re-engineer the design to embody and progress the best of the DNA from the original and lift this overlooked icon into the 21st century.

Other highlights of this year’s Biennial will include:

For more information visit www.britishceramicsbiennial.com; and for all tourist information, visit www.visitstoke.co.uk.